I am proud to present my achievements. 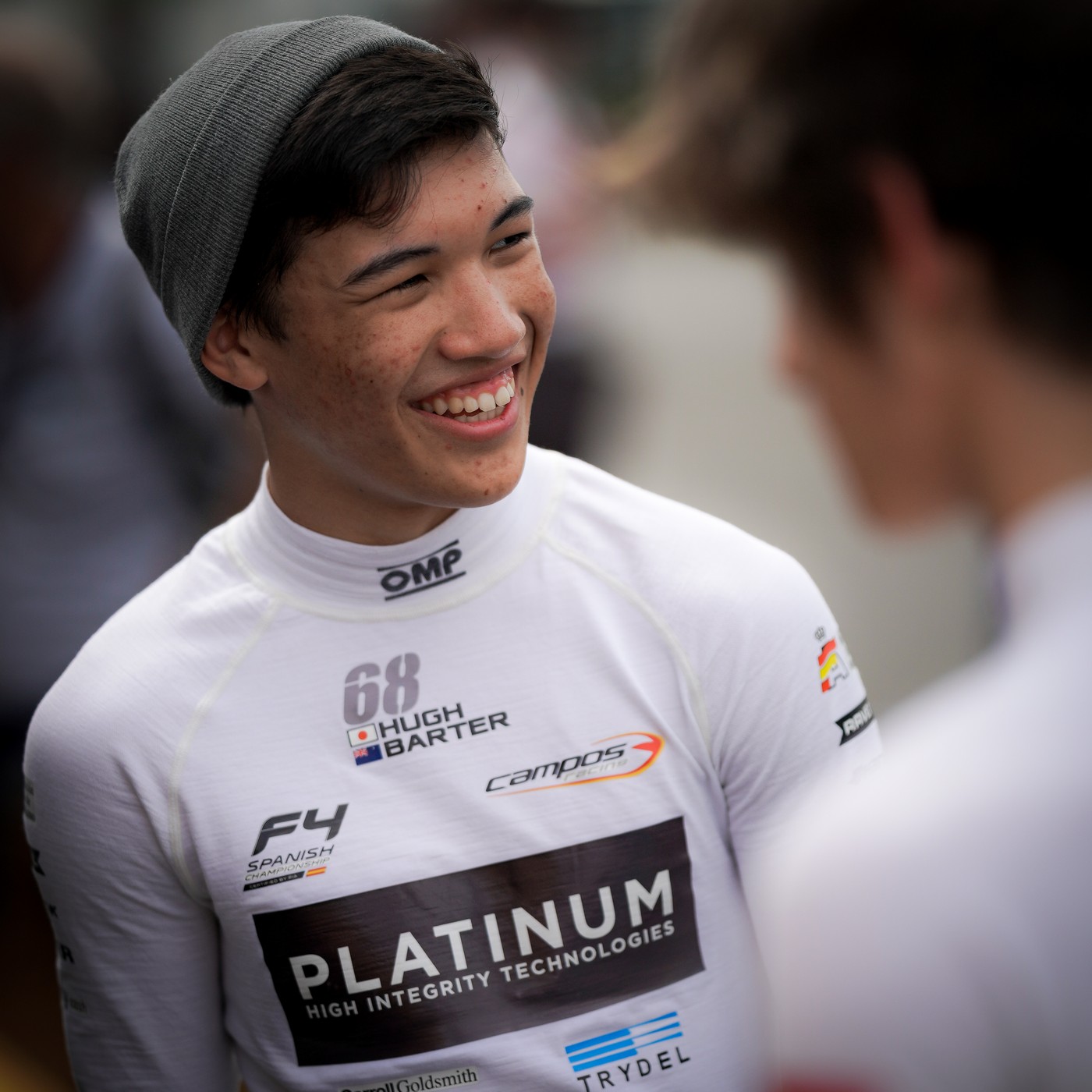 Born in Nagoya, Japan, to a Japanese mother and Australian father, the charismatic youngster has grown up in Australia's Grand Prix City - Melbourne - and his passion for his sport is infectious.

Hughs journey as a racing driver began at the age of seven and his intention from the first time he pulled on his helmet was clear - to become Formula 1 World Champion.

Since starting in karts at the age of seven, consistently recording wins and podium finishes to became one of the world's top karters. Along the way he's collected numerous karting title and accolades, been selected to represent Australia on the International stage on multiple occasions , and signed as a lead driver of Daniel Ricciard's Ricciardo Kart Factory Team in 2020.

In late 2020, Hugh was one of ten of the world's leading karters to be invited to attend for the Richard Mille Young Talent Academy shootout in France. After rigorous mental and physical assessments, including technical driving test in Formula 4 cars, Hugh was selected to become a Richard Mille Young talen Academy member to attend French F4 championship 2021.

With his natural ability, commitment to his craft, and the pursuit of excellence, Hugh is about to start the next phase of his exciting journey towards his ultimate goal - Formula 1.

Due to COVID-19 championship was cancelled

Hugh was awarded the Jason Richard Memorial Award wichi recognises outstanding competitive achievement and exceptional sportsmanship. Todate, Hugh is the only junior karter to have beenawarded this hornour.

was 29 of 50 for 350 yards and threw two touchdown passes Sunday in the New Orleans Saints' 38-32 loss to the Atlanta Falcons. He threw one interception, didn't fumble and was sacked two times.

Driver of the Drivers Award

The Driver of the Drivers Award is voted by competitors across all classes in the Australian Kart Championship and awarded to the peer who displays outstanding competitive spirit, racinf success, and is an exemplary spokesperson for the sport.

Held at Le Mans, France in late 2020, Hugh was selected from 10 of the world elite karters as the recipient of a scholarship for the 2021 french Formula 4 Championship and to beccome a member of the Richard Mille Young Talent Academy.